Skip to content
Through the Prism with Mel Brennan

Through the Prism with Mel Brennan

Mel Brennan is the Senior Director of Inspiration at Thread in Baltimore, MD, an organization seeking to weave the social fabric of community around its most vulnerable young people. We invited him to share how human connection and the COVID-19 pandemic has shaped his life’s work.

When I was young, I always knew I was adopted, but I don’t remember being told. It was just naturally socialized by my parents. When I was young and told other kids I was adopted, many of them reacted negatively in lots of different ways. Some just wouldn’t believe me. Others would say, “You think you’re special?” It was confusing and sometimes isolating to feel different in that way from kids my own age. Then, in second grade, a girl named Erica helped me see their teasing in a new way. “People don’t like that your parents chose you,” she said. “Most kids don’t get to be chosen.” It was one of the earliest pieces of wisdom I received. I went home feeling so thankful that my parents chose me, which I now realize has given me so many different connections and opportunities I wouldn’t have had.

I’ve recently been exploring information about my biological parents. (Trigger warning) After five decades of not knowing, I learned that I was conceived through sexual assault, and my mother made the decision to bring me to term, after which I was placed in foster care. My (adoptive) parents took me out of that situation and setting, and out of the life-diminishing statistics found therein, and set me on a separate path.

The work I do now goes back to my parent’s determination to exercise their human connection with me.

In the United States especially, we place a lot of emphasis on the perfectly individuated project – self-made women and men – that we birthed ourselves, raised ourselves, pulled ourselves up by our self-manifested bootstraps. And if you’re not doing that, there’s something wrong with you.

I grew up in a Levittown in New Jersey (renamed Willingboro), cookie cutter houses of five or six types, built for returning GIs. Moving there before my parents adopted me, the community was entirely white. Now it’s entirely Black. And I was there for the transition. The decision of families like mine to move into those houses prompted deep concern and ultimately radical white flight among the white people who lived there. But during the time we lived in Willingboro, it reflected an idealized stereotype of America: a melting pot, a richly multi-ethnic community. The diversity of that community really worked for the young people who lived there, even though it was fleeting. It provided me with clear evidence of the value of Aspirational Americanism: pluralism works, even when it’s by accident. Unfortunately, we went out into the world and found that it was far more segregated than our community.

My second value is what I call intervidualism, the practice of being an intervidual. I’m not sure any rigorous discipline we have articulates or understands the world in the restrictive individualist ways we often practice. We know and can measure the gravitational pull the universe has on each of us, and that we have on it. We know that starlight enters a piece of spinach, I eat that spinach, and that starlight fuels me. And we know in our social structures we are interdependent; you can’t get down the street if we can’t agree on traffic laws, or on how my right to swing my fist on the sidewalk ends at your right to enjoy a walk down the sidewalk unmolested. Everything – every single thing – that manifests is on a continuum between dependence and independence. One of the important parts of my work is building the vocabulary to describe that reality, that interdependent context. And if it’s always some mix of interdependence all the time, then a narrative of individualism is not only illusory, but it may also be delusional. We’ve seen how little we can afford illusion or delusion.

I am my choices. I am my will and skill. But I am also the context from which I spring. I am dependent on you, specifically and generally, to create a context in which I get to be me.

Extreme Example: You become a hermit in Montana living off the grid, but if one of the world’s dictators loses their mind and sets forth nuclear holocaust, it will have an impact on you, in spite of your ostensible perfectly individual plan. You’re actually in meaningful relationship with those folks, right now; even if you haven’t acknowledged it.

In my work as the Senior Director of Inspiration at Thread, my focus is on young people in Baltimore and creating a thick enough net of resources and relationships that it’s impossible to leave them behind and difficult for them to fail to thrive. The work we do at Thread has been proven to deliver outstanding results. We know that among Baltimore high school students who are performing in the bottom 25 percent of their freshman class, only 6 percent graduate. Imagine: 94 percent of those young people are left behind and don’t graduate from high school. Thread graduates students at 84 percent in five years, 65 percent in four years. We’ve found that rallying the community behind them on their high school and post-high school journeys, and being willing to practice a “whatever it takes” culture, delivers incredible results.

The problem is when an alumnus has graduated from high school, gotten an associates or bachelor’s degree, and they come back to Baltimore and can’t find a job. There’s a network that still isn’t connected, still is suffering from our historic structural barriers. We haven’t overcome all the –isms that increase bias and limit access and opportunity. We know that 55 percent of people find employment through a personal contact or mutual connection. Right now, I’m working on building the resource network that will ensure our young people can thrive during and beyond their Thread experience.

How has the experience of the COVID-19 pandemic affected you and your work?

A large portion of Thread’s focus is on overcoming the challenges created by social isolation and low social capital. When you’re socially isolated, you often struggle to overcome the first barrier you encounter. You can’t meet the goals you set for yourself. When you have social capital, you can navigate around barriers. The past year has subjected people who haven’t previously experienced it to such intense social isolation that it makes it possible for them to extend their empathy to people who experience those conditions chronically. We’ve also seen people rally around each other in remarkable ways.

When we first went into lockdown, the first thing we heard from our young people centered on their previous ability to eat at school; with schools closed due to the pandemic, access to food became an immediate issue. Thread joined together with 18 different faith organizations and key, committed actors in the community to create Food with a Focus, which organized food drops for families, many of them in the Thread network.

We’ve been bearing witness to what social isolation means for the most vulnerable in our communities and leveraging the inquiries that come out of that to get people involved with each other, mitigating our own social isolation by diving in together to the actions we need to take to redress the effects of social isolation.

I live and work in a setting that makes being Black, male, and self-aware significant. Because of those qualities, I differentiate all the time between hope and optimism. I think a lot about the incredible opportunities I’ve had compared to my ancestors, people who were born, lived, and died in slavery, and still found a way to retain hope that things would get better, while recognizing that optimism that their immediate circumstances would change would have been naïve.

I have better prospects, a more suitable rationale, for optimism than they did. But every day is relative. I recently got stopped by a State Trooper who gave me a warning because he didn’t like the way I exited the lane; the traumatizing nature of his very approach to my vehicle, hand on weapon, and its mirroring of so many encounters that have ended in nonsensical death for Black people is difficult to process, for me and my family. That moment brought me closer to violent death, statistically, than many other aspects of my life and living, and that’s difficult. I try to counter the cynicism that can come from a moment like that – and ones like the ones we’re in together – by watching my children’s resilience, by finding joy in them finding the space to still be okay.

My daughter didn’t get her last two years in high school. But she’s still finding joy in her friends, in their shared experience of the absurdity of what we’re going through, and her joy in her brothers. That’s giving me hope and optimism, even if it’s also tinged with context that’s difficult and sometimes depressing. This generation has gone through a lot, yet they still can see a pathway forward, and see that it’s in each other. It gives me some joy and hope, even though it’s mitigated with all that other stuff.

I’m making space for the anger and regret my kids and their peers sometimes level at previous generations and Trumpism, anger at us as adults for letting it get this way. But I am also finding joy in leaning into each other, in letting them know that they are empowered, like everyone else, to improve this thing starting now, starting with authentically connecting with each other.

I think back to the illusive melting pot in the town where I grew up, where we all got to be different together. That doesn’t have to be an accident. We can lean into being together, and different, on purpose. 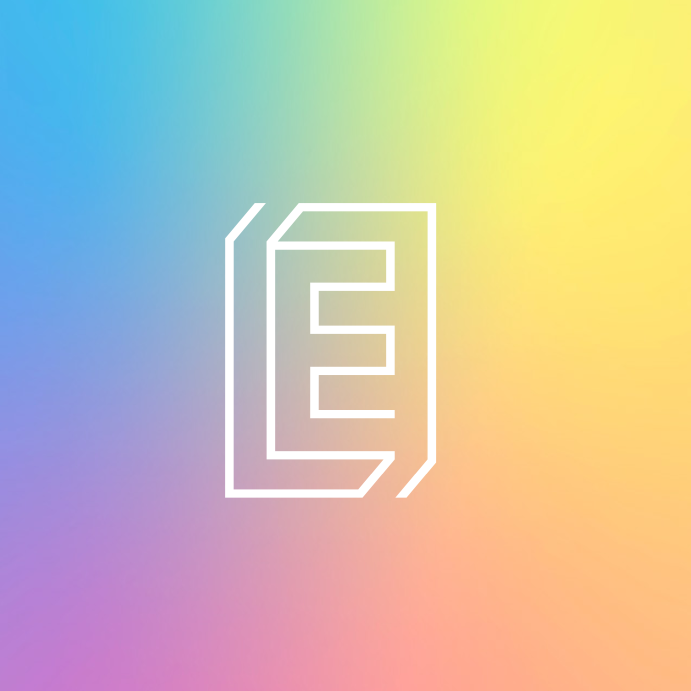 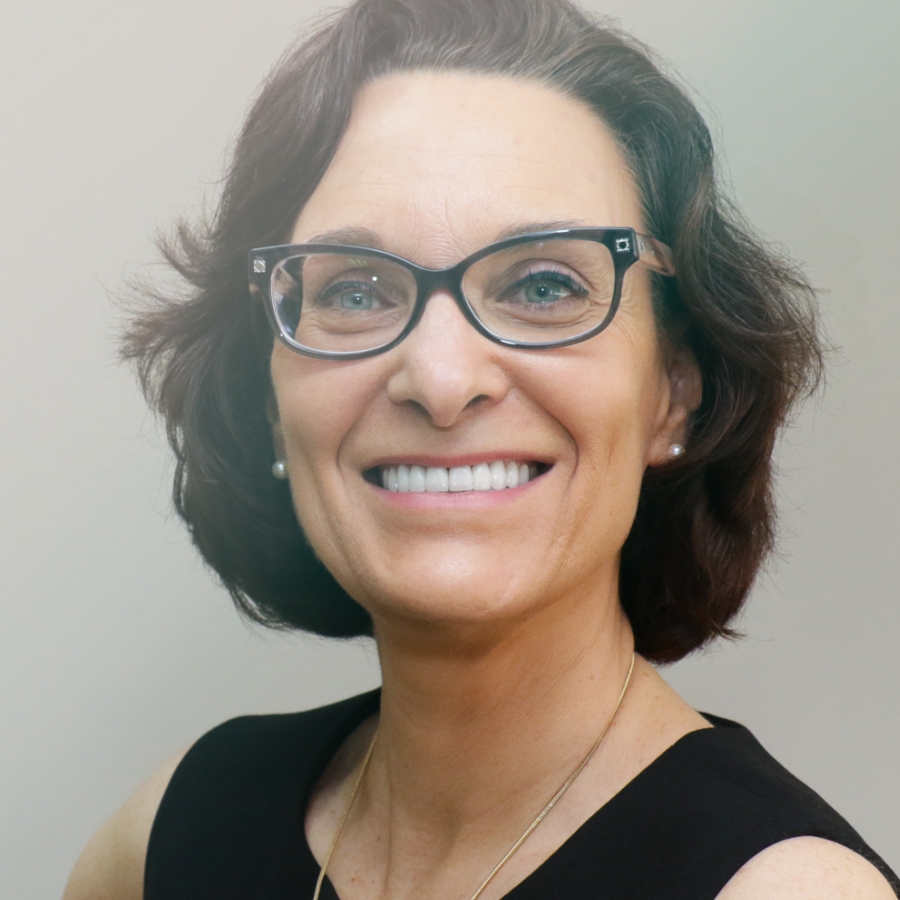 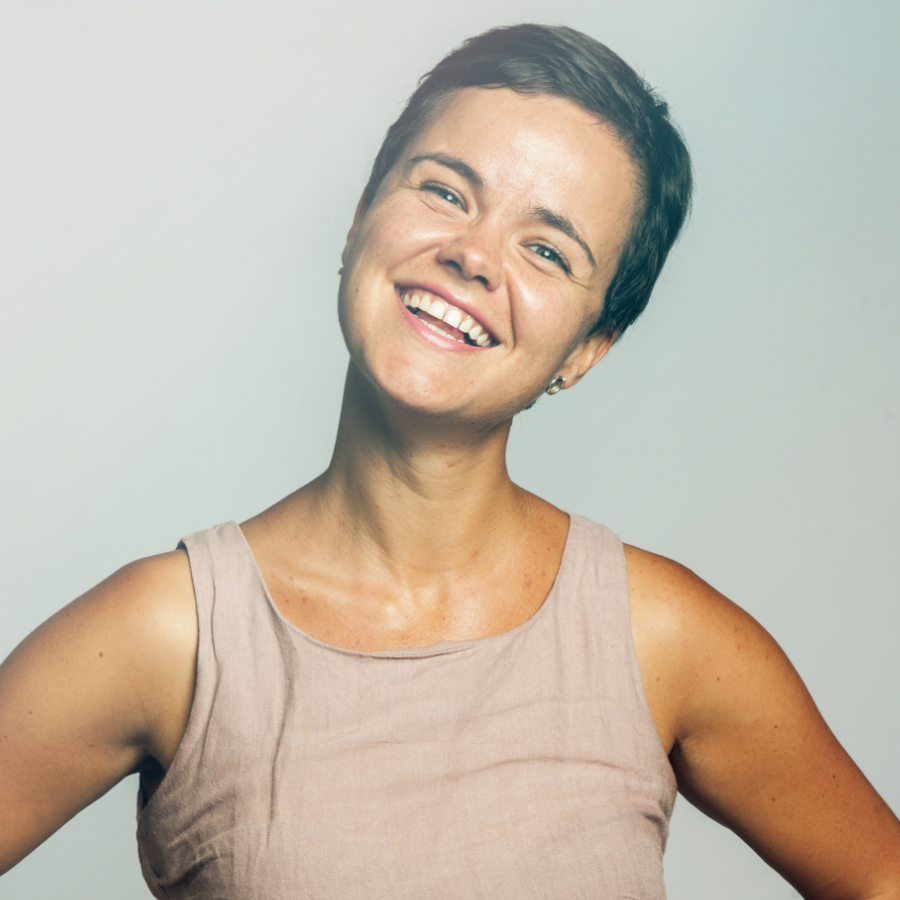 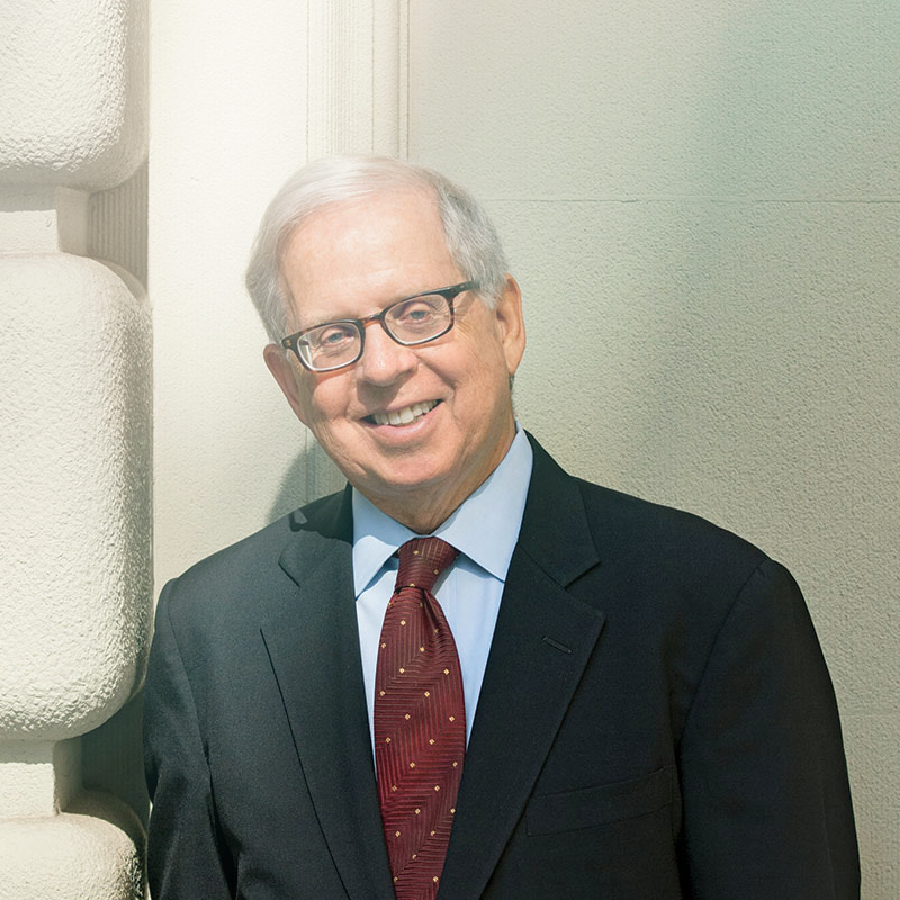 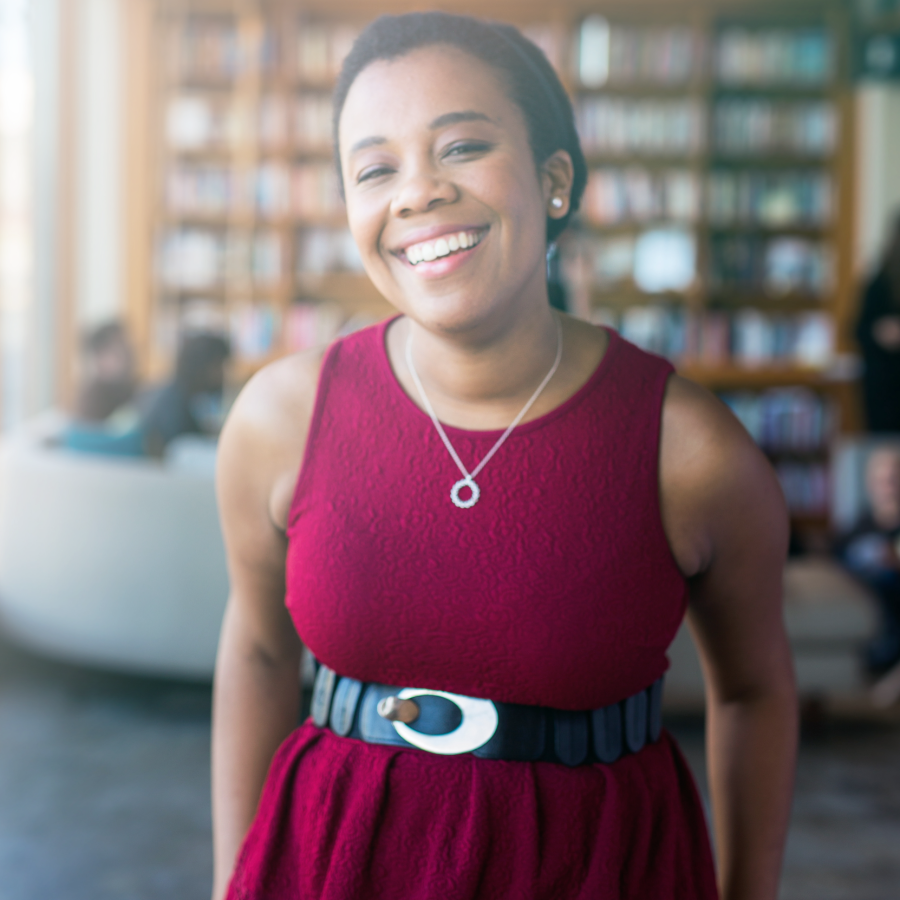 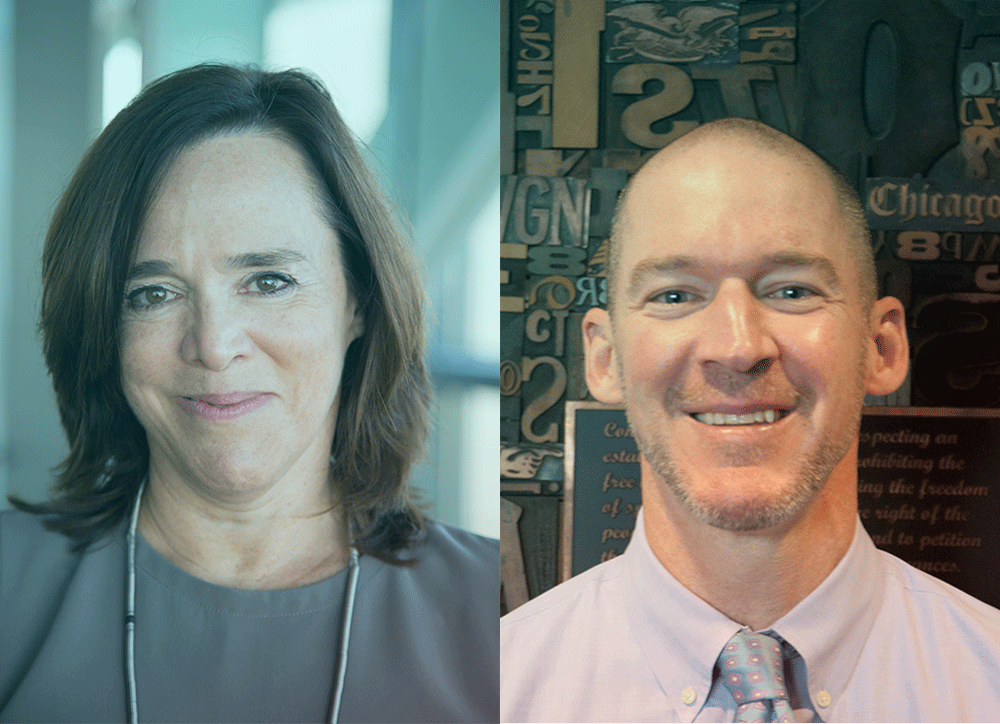 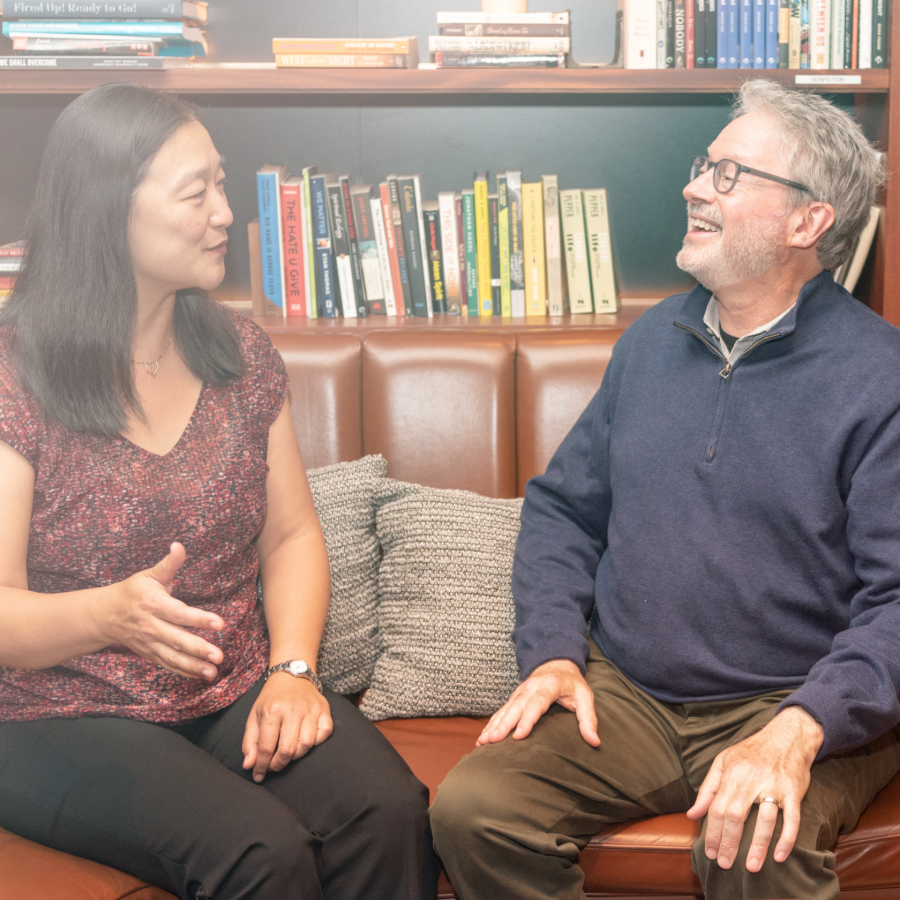