Skip to content
Every City in America Needs Its Own Porchfest

Every City in America Needs Its Own Porchfest 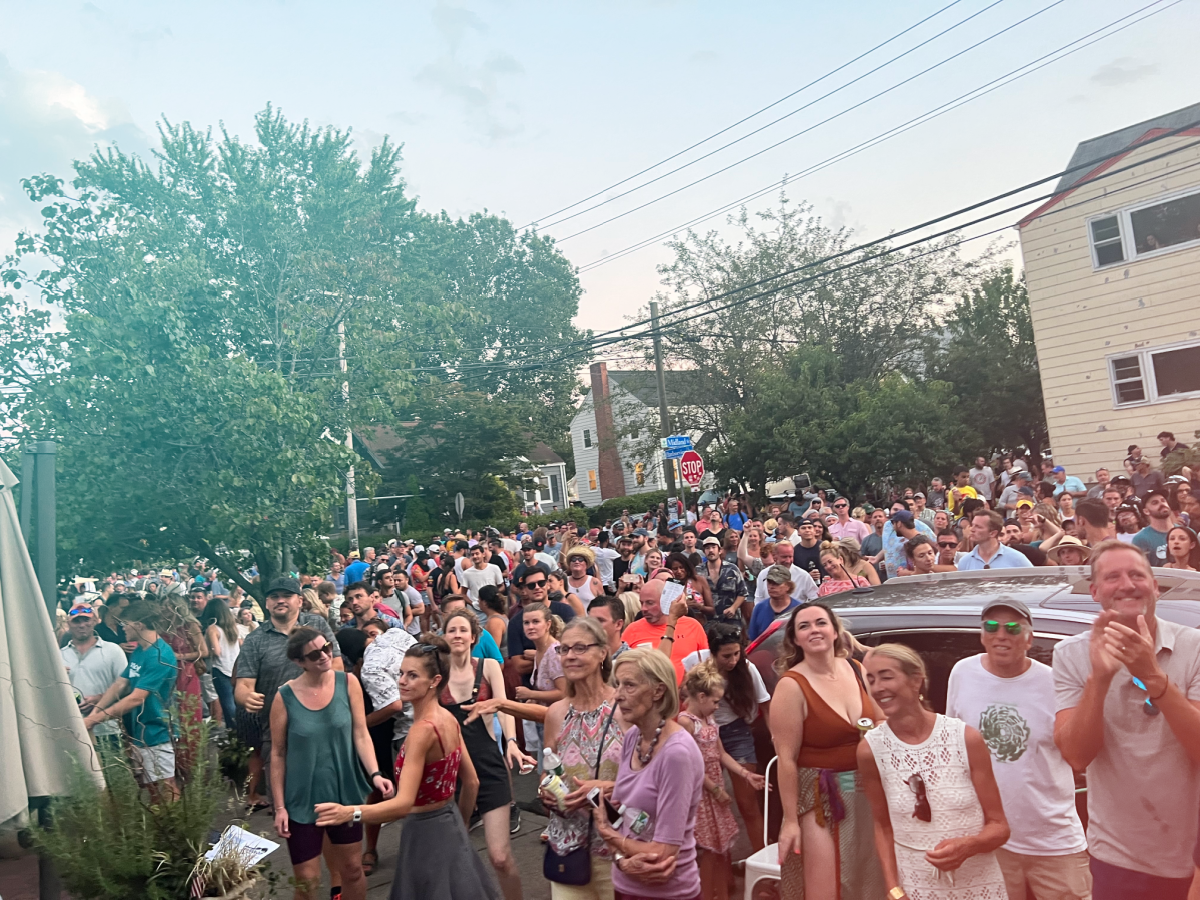 “Did you hear? Black Rock Porchfest is back this summer! You must come…it’s going to be EPIC!”

The breaking news flash was shared by a friend via text during a cold winter’s day. Anything that mentions summer is surely a welcome message, but this one grabbed my attention immediately. Additional texts poured in shortly after insisting I make note of the date on the spot and don’t I dare let anything else get in the way. I had no clue what Porchfest was nor the impact it would have on me when the highly anticipated day finally arrived. However, being a huge fan of live music who has been in full consumption mode upon its return to the stage since the pandemic, I took the advice.

The first Porchfest, conceived by two Fall Creek neighbors Gretchen Hildreth and Lesly Green, was held in Ithaca, New York in 2007. After Hildreth overheard Green’s husband playing his ukulele on the front steps of their home, they quickly formed a bond over their love of music played outside. They noted the number of musicians who lived in the neighborhood and came up with the idea to bring people together through song and dance, as well as provide a space for local musicians to showcase their talents, in their own hometown festival. Residents were asked to generously open their porches, yards, and driveways to bands, singers, and instrumentalists playing a range of musical genres, including rock, pop, country, classical, blues, jazz, Latino, R&B, and folk. The festival attracted 20 musicians in its first year and has grown to well over 180 artists at its peak in 2016. The concept has now spread throughout the U.S. and into Canada.

In 2016, Black Rock became the first neighborhood in Connecticut to host a Porchfest. After a three-year hiatus due to the COVID-19 pandemic, Black Rock Porchfest returned this summer on Saturday, August 27. From 11 AM to 6 PM, over 50 bands and DJs stationed themselves at different residences and performed one-hour concerts. Despite the almost 90-degree summer day and barely any publicity, besides the occasional Facebook and Instagram posts, the turnout was wildly successful.

I arrived mid-afternoon and fortuitously found a rare parking spot on Seaside Avenue, close to all the activity. I armed myself with sunglasses, hydration, and lots of sunscreen and started walking toward the crowds and the enticing notes that filled the air. The streets were teeming with diverse groups of people — families pulling kids around in wagons, clusters of teens hanging out together, kids zooming around on bikes and scooters, adults of all ages sipping cold beverages and wearing their favorite concert t-shirts — all there to be part of this inclusive experience. Even though I had an online map of the neighborhood, complete with guitar pin drops indicating the locations of all the bands, I decided to let my feet and ears guide me organically to my first porch performance of the day.

I hit the jackpot when I strolled down Fayerweather Terrace and saw Drew Angus and Co already surrounded by a crowd that packed the street. I remember seeing Drew open for Marc Broussard at the Infinity Music Hall in Hartford last November and fondly recall his magnetic stage presence. But this performance was different because there was no separation between the “stage” and “audience.”

The Connecticut singer-songwriter was absolutely captivating. His pop-rock style and relatable lyrics had the entire crowd singing and dancing. The highlight was when Drew and the saxophone player took their act out into the street á la Mardi Gras style, jumped into the back of a pickup truck bed, and continued their jam session. Their final song could not have been more fitting for the day, a fiery version of The Beatles' "With a Little Help from My Friends" had the neighbors swaying synchronously. “Oh, I get by with a little help from my friends. Mm, gonna try with a little help from my friends...”

After the cheers settled, I overhead people talking about their next stops.

“Hey, I’m heading down the street to catch Doey Joey at 42 Fayerweather.”

“A bunch of us are going to Midland Street to see Chuck’s in London.”

“Residual Groove at 59 Harborview is the place to be – see ya there!”

Rumors were also flying around that Talking Heads’ drummer, Chris Frantz, was making a porch appearance. So much great music within walking distance! I was starting to think to myself that I should have picked up a pair of roller skates to cover more ground (next year for sure!).

At the end of the day, Black Rock residents poured into the streets outside of Harborview Market to hear the last performance of the official 2022 Porchfest. The sidewalks and streets were shoulder to shoulder with an already joyous crowd, but one critical element seemed to be missing, a porch. Instead, the band, Fuzz & Friends, took to the stage circa The Beatles 1969 style – on the rooftop of the restaurant! I felt such a great sense of joy and presence as the band showered all its fans with streams of "In the Summertime," "Fly Like an Eagle," and "Love the One You’re With." It was the coolest, most riveting concert of the day.

But Black Rock Porchfest is so much more than a music festival. The grassroots community effort to produce an event that is inclusive of all its residents has meaningful ripple effects on the neighborhood. Porchfest is run by volunteers who work in tandem with homeowners to carefully lay out the performance schedule and coordinate with town officials. Residents offer their front porches, and musicians generously give their time and take on setup costs at their own expense. In return, the audience expresses tremendous gratitude to the residents and artists.

After the last note was played, people walked around with garbage bags, including yours truly, and picked up anything that wasn't already in a receptacle. Neighbors were encouraged to leave their trash and recycle bins out for anyone to use. Everyone was in equal partnership about caring for each other’s property and the streets they traveled. Nobody wanted to jeopardize the future of Porchfest because empty cans weren’t properly thrown away. What I saw was so much care taken by the residents and their guests to leave nothing behind in their neighborhood.

Porchfest creates a sense of community, draws residents out into their neighborhood, and strengthens bonds with each other. Everywhere I went, I found close friends and strangers connecting with each other, singin’ and groovin’ to the music. Neighbors feel safe, generous, and free to come out of their homes and spend an afternoon together. All these factors help create space for healthy human interactions among so many cultures in the community.

There is no entry fee or ticket price for Porchfest, making it accessible to everyone. Plus, it is a low cost for a high-net return on social capital. (To offset some of the costs, the volunteers of Black Rock Porchfest sell branded t-shirts at a local farmer’s market weeks prior to the event. This year, they sold out of 500 shirts within an hour.)

Music is home for so many of us, and we are so fortuitous to have live music return in abundance. I have shared with anyone who would listen: Porchfest in Black Rock was the best thing I experienced this whole summer. And just for the record, so you know where I’m coming from, I see a lot of shows, including Paul McCartney’s recent Got Back tour at MetLife Stadium. Yes, Sir Paul was amazing and struck an emotional chord for me. What elevates Porchfest to another level is the fact that it is crafted by local community members for its own community, highlighting (and in some cases bragging about) its local music scene, and making it available to everyone without a hefty ticket price. From my perspective, it seemed that everything fell into place. I really think it is because the residents of Black Rock and its visitors were paying attention to and caring for each other. It created this magical cycle that brought out the best in everyone that day. The collective joy and social connections made in Black Rock are positive vibrations I still carry to this day to the extent that my next home must have a front porch built for music and all my neighbors.

Sign up here to receive our monthly newsletter and be the first to read Through the Prism. 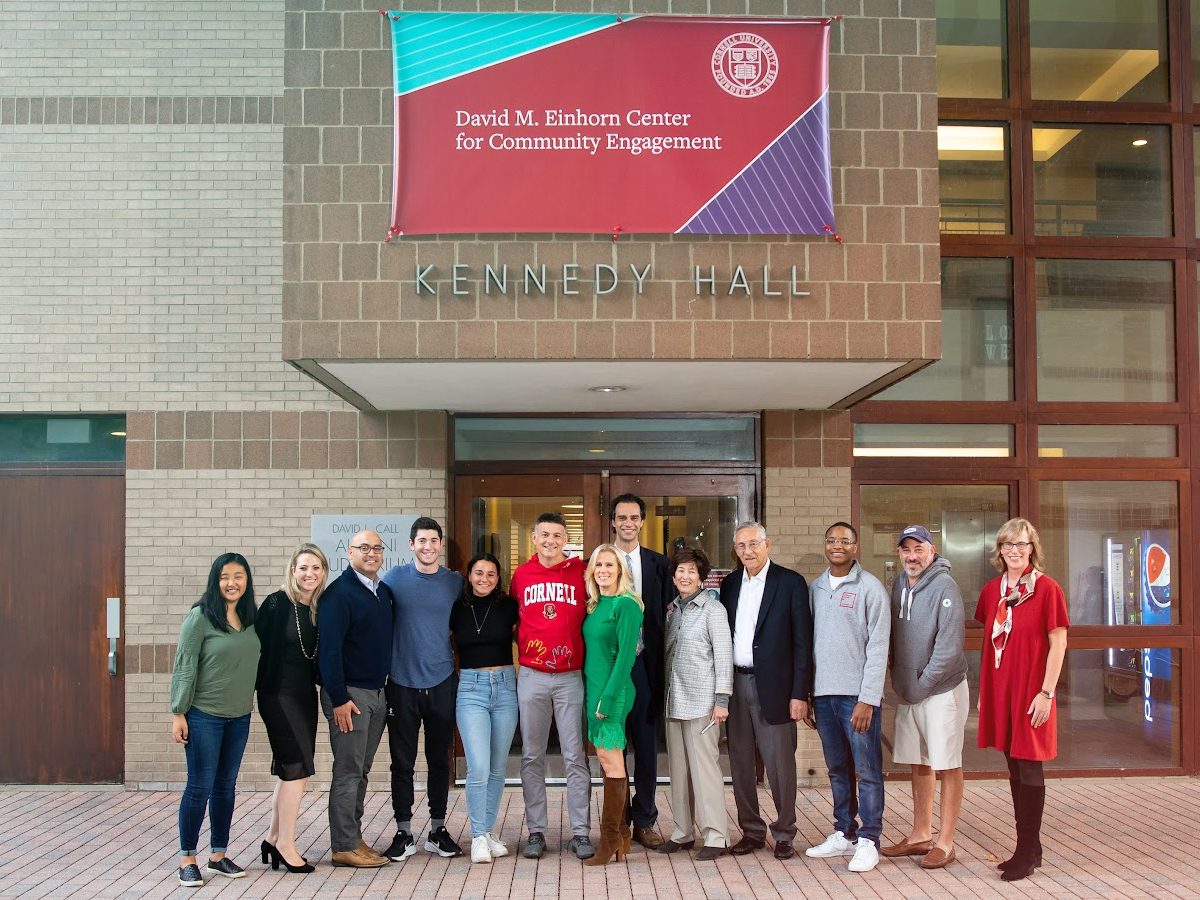 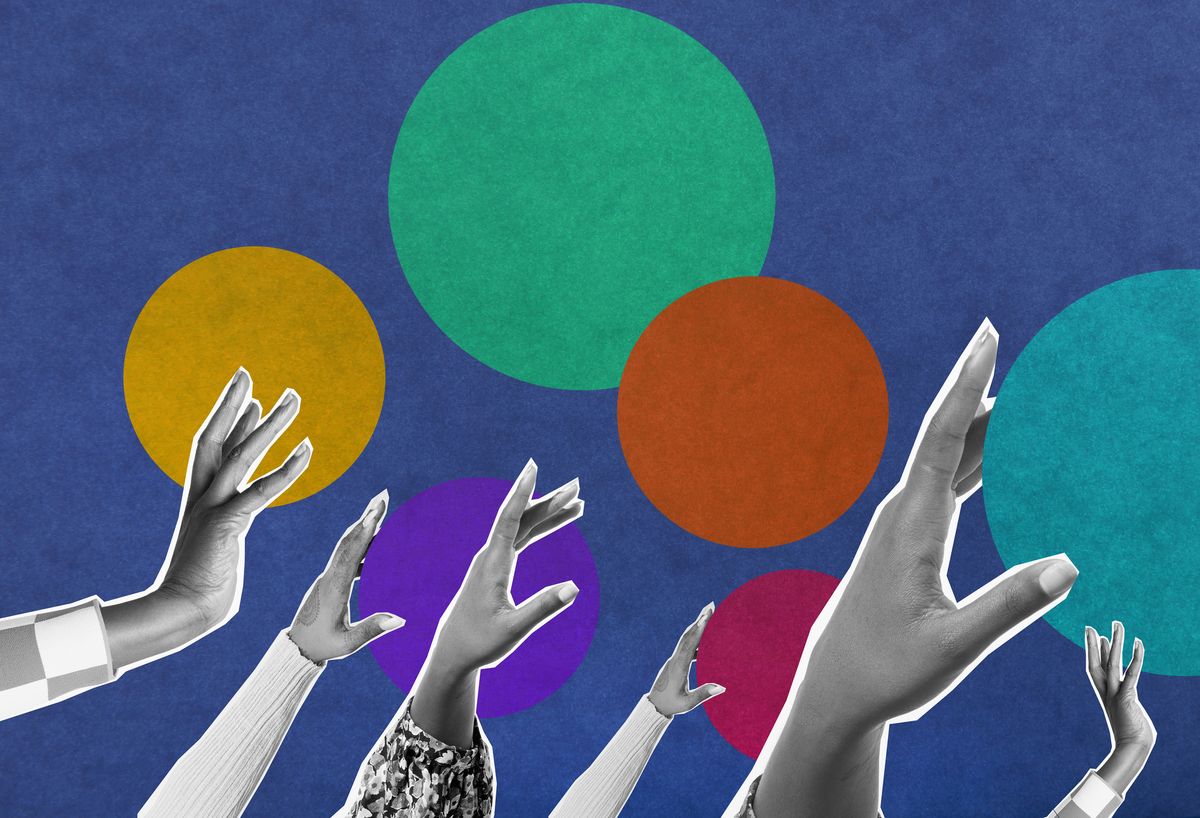 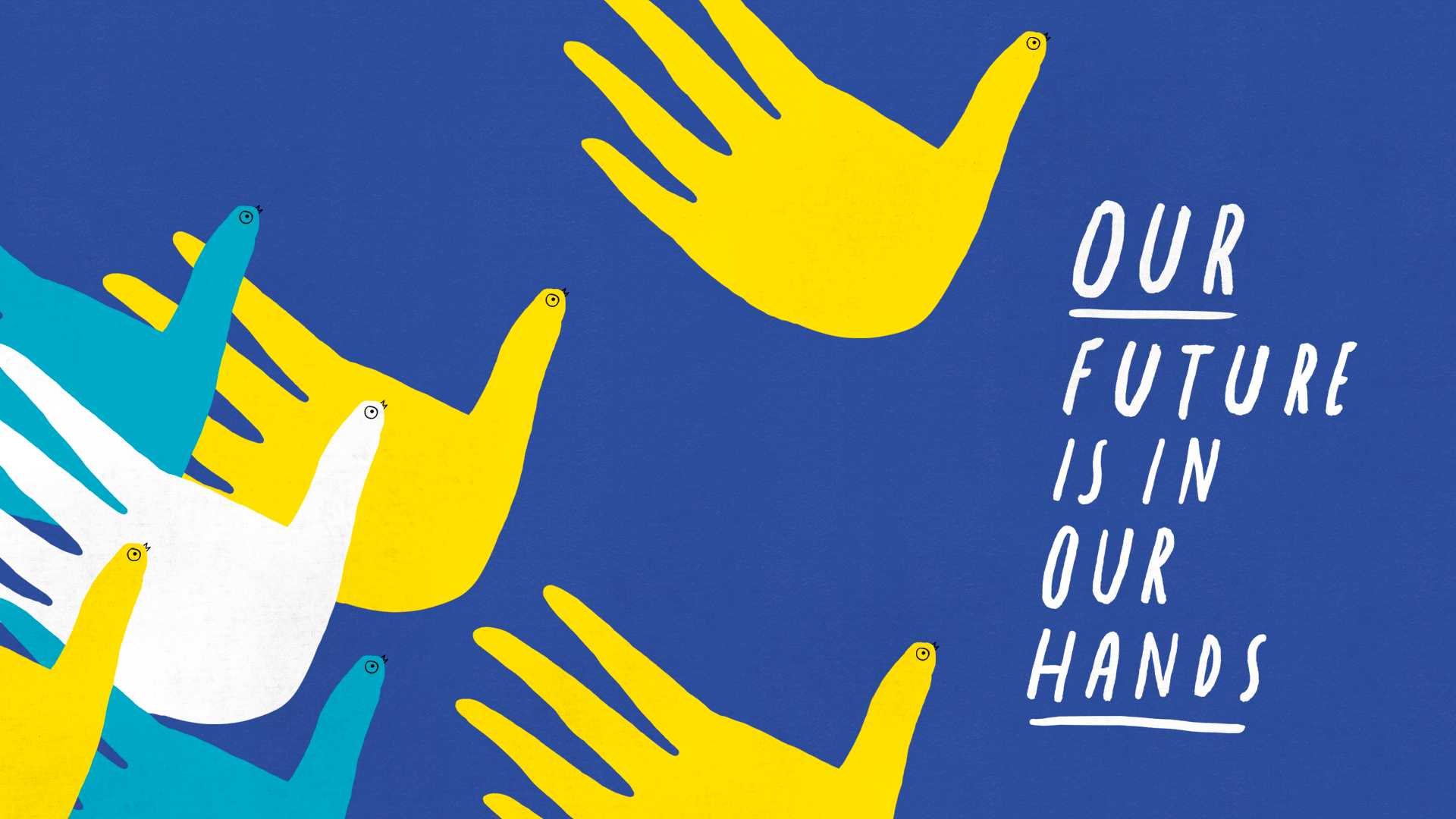 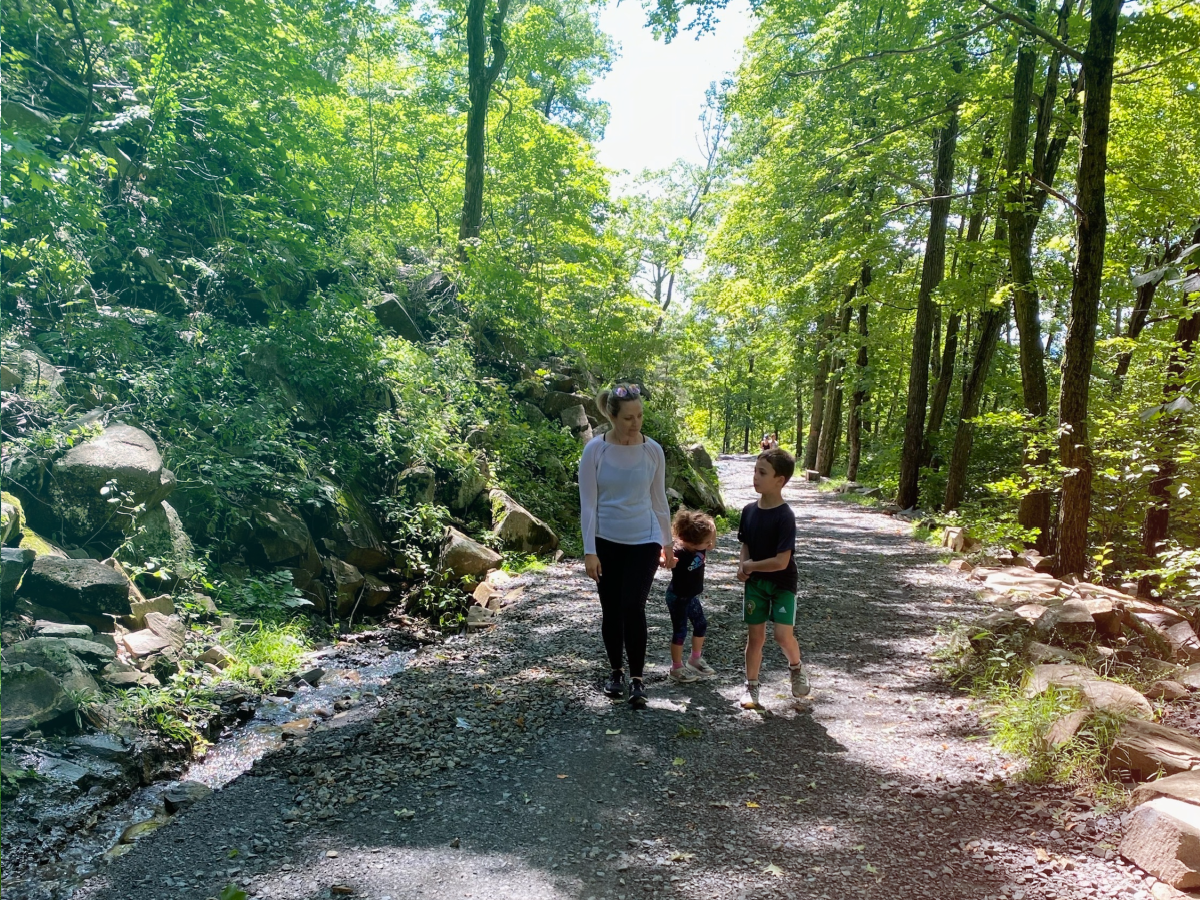 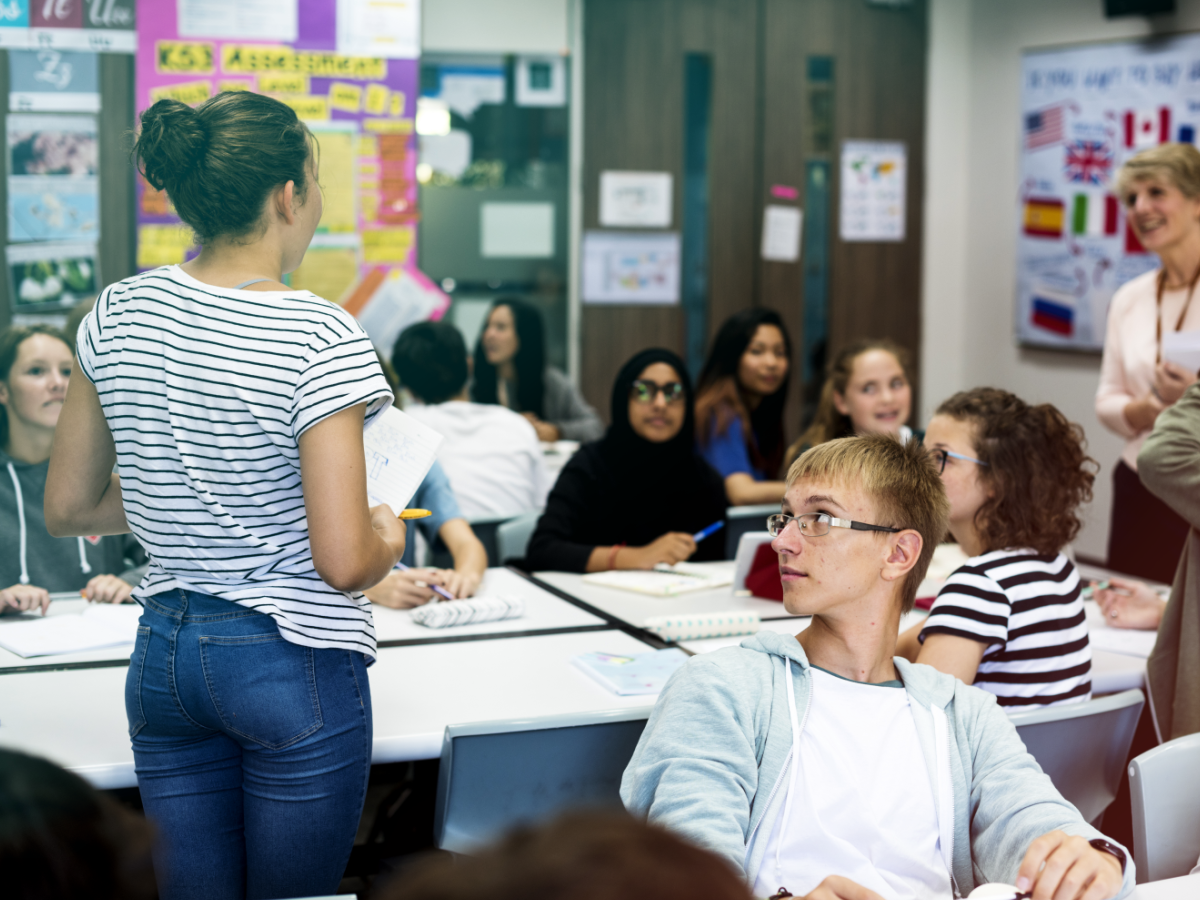