Why Curb Cuts and Early Relational Health Go Together 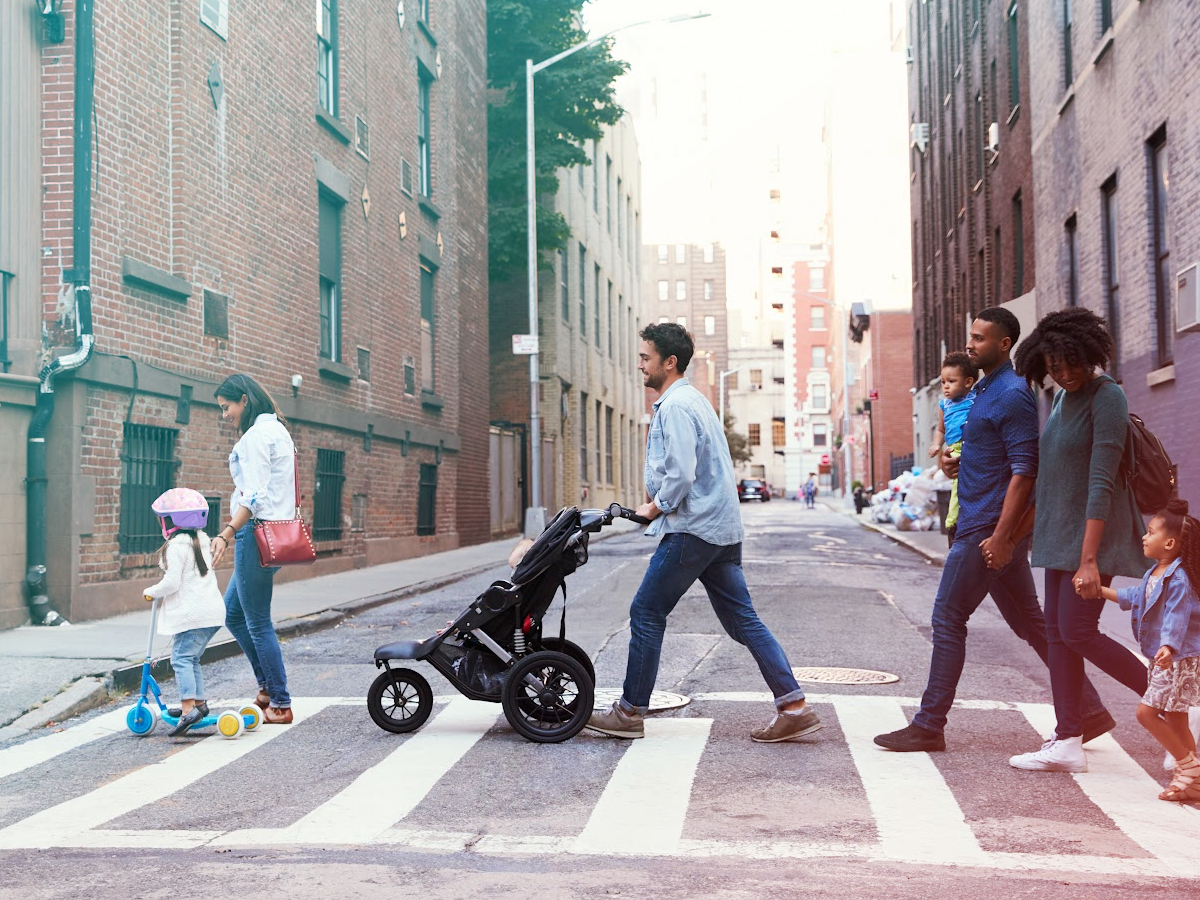 When we think about how to address a big problem that affects a broad and diverse population, we are often given advice that ranges from targeted to universal approaches: “A rising tide lifts all boats.” “Follow the 80/20 rule and focus on the 20% who will make 80% of the difference.” “Help those who are farthest from opportunity.”

In the past five years, our team at Einhorn Collaborative has helped establish two collaborative efforts, Pediatrics Supporting Parents (PSP) and the Early Relational Health Collaborative led by the Center for the Study of Social Policy (CSSP), to fund the prototyping and scaling of early relational health practices in the United States. One of the many questions we wrestled with in developing our Theory of Change was: How may we accelerate the adoption of early relational health education, observation, and assistance in public health settings so that all families — regardless of race, gender identity, disability, economic status, and other backgrounds — are supported in providing nurturing care within their unique culture and context?

Before adopting and adapting a dual framework that is borne out of the Curb-Cut Effect and Targeted Universalism, our first thought was to focus on families experiencing the least parent-child emotional connection, and then invest in solutions that are specific to them. However, it quickly became evident – and obvious from my own personal experience as a parent – that all families experience disconnection at some point in their relationships, and all caregivers would benefit from support. In fact, research from the Nurture Science Program at Columbia University shows that emotional connection is a state and not a trait. We all connect, disconnect, and reconnect again and again.

We also recognized that universal approaches would not adequately address the disparities and inequities baked into the health care system. The more we came to understand family experiences with pediatric care, and spoke directly with parents about their lived experience with health care providers, we realized that different segments of the population had very different levels of anxiety and mistrust around their interactions with clinicians.

Given the history of mistreatment and bias in medicine relating to families of color and families from low-income communities, many of these parents are skeptical of their pediatricians and other health care personnel. Families feel that they are constantly being judged by a whole host of parent-facing professionals, with an urge to over-report concerns to child protective services. So, the idea of discussing their relationship and emotional connection with their children set off alarm bells for these parents.

In 2017, the Curb-Cut Effect became a “hot topic” in philanthropy and systems change after the publication of an article by Angela Glover Blackwell in Stanford Social Innovation Review. In the piece, Blackwell explained how actions designed to benefit vulnerable groups, such as people with disabilities or people of color, often end up benefiting all of society.

Curb cuts, a now universal design, were first fought for by disability rights activists like Ed Roberts and Michael Pachovas in the early 1970s to make the sidewalks accessible to wheelchair users. This accessibility feature spread throughout the country, not just helping people who use mobility devices, but also caregivers pushing strollers, workers making deliveries, and kids on scooters and tricycles.

Similarly, Targeted Universalism, coined by john a. powell, Stephen Menendian, and Wendy Ake in 2019, creates a framework for policies that have universal appeal. Its approach aspires to benefit everyone in the general population “by enabling different strategies based on the needs of different groups.” While eschewing both exclusively universal and exclusively targeted strategies, the idea of targeted universalism is not just a compromise of the two, but more like a “third opinion” of how to advance policy change amid the polarization and division in our country.

It was with this lens that we applied the Curb-Cut Effect and Targeted Universalism to our work on early relational health. As we thought about introducing a new way of delivering health care that centers the parent-child relationship and is responsive to historical and contemporary inequities, we wanted to make sure that the system was designed to:

So, in our case, the targeting is not about the traits of the families and how that affects their ability to cultivate early relational health. Rather, it is about the challenges of the systems and the barriers those systems have in place which make it more challenging for certain segments to effectively receive the support. And that is why we are targeting them differently.

To be sure, we do not believe – and the current landscape of evidence does not support the idea – that families of color or families in low-income communities are any less emotionally connected than other families. Rather, we know that we need to acknowledge – and address – the ways in which the health care system (and other family-facing systems) creates challenges for members of different communities that will affect the delivery of universal support to families in those segments of the population.

Working Collaboratively and Toward Universal Goals

Adopting the Targeted Universalism and Curb-Cut frameworks helped stretch our circle of human concern and deepen our understanding of different segments of the population and their unique obstacles – many of which may not be readily apparent from an outside perspective.

This is why it is ever more critical that we work collaboratively with a diverse range of stakeholders to transform the public health sector to include the promotion of early relational health. Both the PSP and CSSP collaboratives are deeply rooted in community and parent voice. Those who are experiencing the system – especially those served least well by the current system – must not only inform the work but help co-create it and drive it forward.

In the first few months of the launch of the new phase of each of the two collaboratives, I am already seeing the ways that the voices of parent leaders (many of whom represent families who have encountered challenges with the health care system based on their race or wealth or the health of their child) change the way we work. The language we have used to describe the aspirations of our work was adjusted based on parent feedback. The way we run our meetings has been changed to better facilitate the amplification of voices that do not always actively engage.

When you design your collaborative itself – and the processes by which it operates – with a Curb-Cut Effect and Targeted Universalism in mind, that, too, benefits everyone and moves us more quickly and more successfully to our strategic goals. And that is advice we all should consider more seriously.